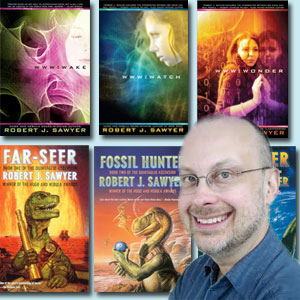 Robert J. Sawyer, award-winning science fiction author, chats with The Genre Traveler about his new series of science fiction thrillers focused on a self-aware Internet. In addition, we chat about common themes in artificial intelligence stories, how the history of the World Wide Web has diverged from the early dystopic literary visions of cyberpunk, what happens when computers become smarter than people, the need for positive visions of artificial intelligence, the uncanny valley, the job of a science fiction writer being the balance between technology cheerleader and luddite … preparing us for possible futures, does placing a year in your fiction set it up for being out dated?, spoiling the surprise ending for newbies because it has become a meme, having his novel Flashforward turned into a TV show, his novel Far-Seer, honorary doctorates, meeting Minnie Jean Brown Turkey Little Rock Nine, and more.

The Three Laws of Robotics
Developed by Isaac Asimov for his robot stories.

Time Magazine’s Person of the Year 2006
For the 2006, Time magazine chose “You” as the person of the year. In its explanation of the choice, it said, the new World Wide Web, being called Web 2.0, was “a tool for bringing together the small contributions of millions of people and making them matter.” It sited sites such as Wikipedia, YouTube and MySpace for helping make this happen. “…for seizing the reins of the global media, for founding and framing the new digital democracy, for working for nothing and beating the pros at their own game, TIME’s Person of the Year for 2006 is you.” 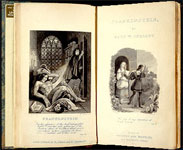 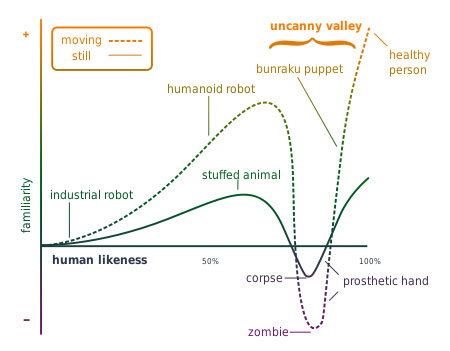 Frankenstein complex
A term coined by Isaac Asimov in his robot stories that means a fear of mechanical men, especially those that most closely resemble humans (androids, gynoids and humaniform robots). To some degree, this fear can also be applied to other forms of artificial intelligence. The concept of the Frankenstein complex is very similar to Masahiro Mori’s uncanny valley hypothesis, which states that when people see human facsimilies, they have an instinctual response of revulsion. The uncanny valley happens along a continuum on increasing closeness to human likeness. As a robot is made to appear more humanlike, people will like it more and more until it reaches a certain point that causes the opposite reaction. However, if you continue toward the more humanlike, the revulsion will, at some point, revert back to positive. 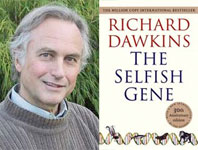 A meme is an idea or other element of culture that can be passed on to others through non-genetic means. The term was coined by Richard Dawkins in his book, The Selfish Gene (1976) and was taken from the word “mimeme,” Ancient Greek for “something imitated.” Dawkins used the term to discuss evolutionary principles as they apply in the spreading of non-genetic ideas, behavior and other cultural phenomena, such as catch-phrases (like “my bad”) or technologies (like building arches). In the 1990s, the field of study called memetics arose to examine the transmission of memes. It is somewhat controversial because many believe that you can’t categorize culture into discrete units. 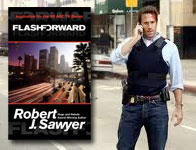 Flashforward
The 2009-2010 TV series, Flashforward was adapted from Robert J. Sawyer’s 1999 novel of the same name by Brannon Braga (Star Trek: The Next Generation, Threshold) and David S. Goyer (Blade: The Series, Dark City). The series stared Joseph Fiennes as FBI Special Agent Mark Benford who leads a team to try to uncover the mystery of the flashforward, a time when everyone on the planet went unconscious and saw a few minutes of their own history.

Other Related Articles by Carma