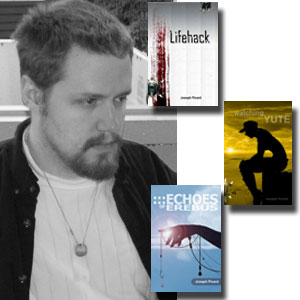 In which Carma Spence chats with Canadian author Joseph Picard about his unusual trilogy of novels that take place on a slightly altered Earth (it has an additional continent) and feature nanite-driven zombies: Lifehack, Watching Yute and Echoes of Erebus. The conversation twists and turns around a variety of topics, including break-dancing zombies, made up continents, dog zombies, being a straight guy writing a lesbian character, the age of discovery, goatees, Joss Whedon and characters that take over.

For more information about Joseph Picard:

1 comment on “Podcast Episode 21: Attack of the Nanite Zombies”