I could only find three genre films coming out in June … but that will be made up in July, when there will be a cornucopia of genre films. Also, June’s releases seem to be a bit more tame than the block busters so far and planned for the coming months. I guess June is a good time to just relax a little. Check out these films being released for your June viewing pleasure. 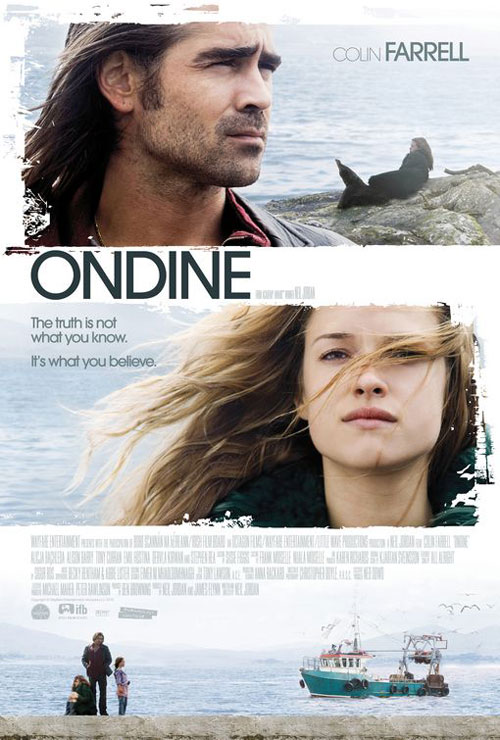 You know, I was just wondering the other day whatever happened to Colin Farrell. I hadn’t really seen much of him since his spate of movies in the early to mid-2000s, when he played Bullseye in Daredevil.

In Ondine, Farrell plays Syracuse, an Irish fisherman whose life is transformed when he catches a beautiful and mysterious woman in his nets. His daughter believes the woman is a mermaid, and Syracuse finds himself falling hopelessly in love with her. True to all fairy tales, the light is balanced by the dark. And that’s about all I can find out about the movie in advance. So I guess we’ll have to watch it to find out more.

There are a few actors in this film that are no strangers to genre fare. Tony Curran (Being Human, The Mists of Avalon, Blade II, The League of Extraordinary Gentlemen, Underworld: Evolution) and Stephen Rea (Interview with the Vampire: The Vampire Chronicles, In Dreams, Feardotcom, V for Vendetta, The Reaping) help round out the cast, which does have some fairly new faces in the mix. 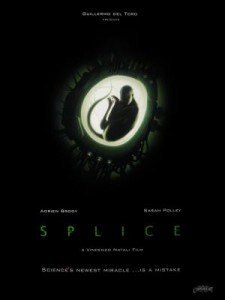 From the descriptions I’ve found, the premise of Splice is very similar to that of Species … minus the alien component. Two brilliant genetic scientists fool around with Mother Nature and create a she-creature that may bring on the end of human kind.

Adrien Brody and Sarah Polley play the lead roles. You might remember Brody from his role in Peter Jackson’s King Kong, he played the writer that fell in love with King Kong’s “bride.” Polley also has genre film in her background, including The Adventures of Baron Munchausen, Dawn of the Dead (2004) and Beowulf & Grendel.

The images on the web from the film make it look like a dark and brooding movie. Who knows, it could be a fun summer flick. 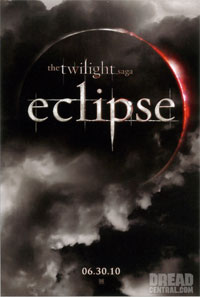 This is the third movie in the series based on Stephenie Meyer’s young adult vampire novels. This time, Bella is forced to choose between her love for vampire Edward and her friendship with werewolf Jacob Black, while being pursued by a revenge-seeking vampiress.

Bella is played by Kristen Stewart, who made her genre film debut as the bratty older sister in Zathura: A Space Adventure, where she spent most of the movie frozen solid. Edward is played by Robert Pattinson, who played Cedric Diggory in two of the Harry Potter films. Taylor Lautner, who plays Jacob, has some genre work on his resume, as well: Shadow Fury and The Adventures of Sharkboy and Lavagirl 3-D.