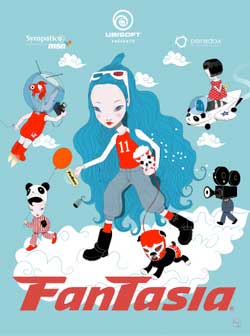 The Fantasia International Genre Film Festival is scheduled for July 16 – August 3 this year in Montreal, Canada. It features a wide selection of science fiction, fantasy and horror films from around the world, including Hong Kong, Denmark, Thailand, New Zealand, Canada, Japan and more.

To view trailers, visit divertissement.sympatico.msn.ca/Cinema/Fantasia/bandes-annonces_A-E (Note: the website is in French)

In related news, The Killer (Le Tueur), a film by CÃƒÂ©dric Anger that had 2 sold-out screenings at last summerÃ¢â‚¬â„¢s Fantasia, is now available on DVD (since March 10th). However, it is apparently not available on Amazon, so you’ll have to look elsewhere.