Explore Mars in Mesa on Wednesday 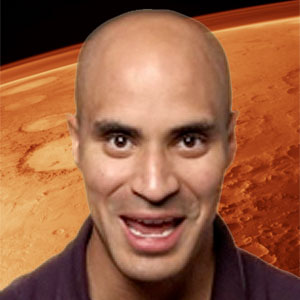 According to the MAC press release, “Boykins puts a fresh face on NASA, Americaâ€™s space program, as an inviting public speaker who recounts the challenges and accomplishments of the Mars Exploration Rovers mission.” His previous speaking experience include â€œMarsapaloozaâ€ (2002) and the JASON Project Expedition â€œMysteries of Earth and Marsâ€ (2006).

Boykins currently works on NASAâ€˜s Mars Science Laboratory — a next-generation rover that will assess the planet’s ability to support microbial life. The upcoming mission is scheduled for launch in the fall of this year.

What:
Exploring Mars: The Next Generation
with Kobie Boykins, NASA Engineer