Enjoy the Film Scores of John Williams in Long Beach 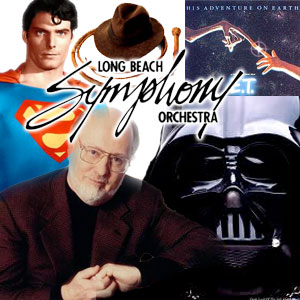 This Saturday, the Long Beach Symphony Orchestra continues it’s 2010-2011 “This Ain’t Your Daddy’s POPS!” season with an evening of Hollywood music from composer John Williams.

During his career, which spanned six decades, Williams created some of the most memorable motion picture soundtracks, including scores for:

Selections from these films and more will be performed by the Long Beach Symphony Orchestra Saturday evening … and I’ll be there!

I hear that Imperial Stormtroopers from the Southern California Garrison of the 501st Legion will also be there. I plan to take pictures. I’ll share them as soon as I can.

To make it a fun evening for all, the event is going to be a large indoor picnic. You’re invited to come early and bring your favorite foods and beverages. Or you can have your table catered.

What:
The Music of John Williams

I’ve also written about this on Examiner.com