Alas, ST: The Experience Still Not Open at Neonopolis 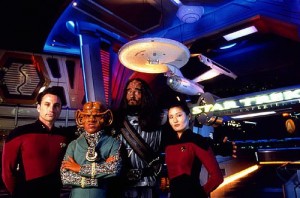 Back on March 2, I told you that Star Trek: The Experience was going to re-open in downtown Las Vegas in Neonopolis. It was suppose to open in May in conjunction with the reboot movie by J.J. Abrams. So, when I went to Las Vegas last week, I was all excited about seeing the show’s new digs.

But there were no adverts about it.

So I asked the concierge. She, and her colleagues knew nothing about the reopening, and whey they called Neonopolis, they were told it wasn’t open yet.

Bummed, I took note and did some research upon my return. This is what I found out:

You can read more at these websites:

1 comment on “Alas, ST: The Experience Still Not Open at Neonopolis”