Travel Reads: Procession of the Dead

Bestselling young adult novelist Darren Shan makes his first foray into adult fiction with an urban fantasy trilogy that begins with Procession of the Dead. For me, this novel felt like a cross between an old style gangster story (you half expect James Cagney or Edward G. Robinson to appear around the corner) and a paranormal mystery. To some degree, it can be classified as a horror novel, which is why I received a copy to review. However, it didn’t really feel like one until at least half-way through. 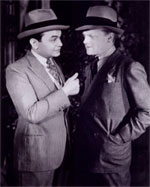 Summary
Capac Raimi arrives in the City with big dreams of becoming a gangster and eventually overthrowing the City’s de facto ruler of the underworld, known only as The Cardinal. He is taught the ropes by his uncle Theo, but when his uncle and fellow henchmen are slaughtered at a secret meeting, leaving Capac untouched by even a single bullet, things just start to get weird.

First, there are blind mend in robes who always show up when the city is enshrouded in green fog. Then people disappear and no one remembers that they were ever there.

Capac is taken under the wing of The Cardinal, a strange and violent man who’s office is filled with puppets, and through him meet a strange cast of characters including a woman who’s face never ages, The Cardinal’s elegant mentor who loves him despite his violent ways, and eventually a beautiful woman who seems to be able to get past The Cardinal’s security systems with ease and makes love to him on the darkened stairs of The Cardinal’s citadel.

The two biggest mysteries are: Why can’t Capac remember anything before stepping off the train in the City? And, who are the Ayuamarcans? All the strange characters Capac meets seem to be on a list labeled simply, “Ayuamarcan” … the Incan word for “procession of the dead.” Who are they? What are they? And why is Capac’s name on the list?

What Worked for Me
The final third of the novel was where the story got interesting. Enough clues to the mystery had finally been revealed that I was finally drawn into the story. This is where Capac starts taking a more active role in the uncovering the mystery of his origins and the story’s pace picked up.

I found the Incan backstory interesting and really wish it had been woven into the story a bit earlier.

Once Capac’s Uncle Theo meets his end, Procession of the Dead often reminded me of Dark City, a movie I happen to really like. It is obvious there is a mystery there, lying behind and underneath the surface. But it stays hidden for a bit too long.

What Didn’t Work for Me
The main character, Capac Raimi, is the story teller. Which is fine … if he wasn’t so aloof. I always felt like I was being held an more than an arm’s length away from the story. At the end, when you realize the perspective from which Capac is telling the story the aloofness makes sense … it is consistent with his personality. However, it didn’t make for fun reading.

Also, I just don’t think the gangster story line was my cup of tea. I never really got into the story, nor did I ever really care about the characters.

Conclusion
Ultimately, there is nothing really wrong with this novel. It is well written, consistent and has and interesting premise. That said, I didn’t really enjoy reading it. I have no interest in gangsters and the parts of the novel that did interest me weren’t in sufficient supply to make up for that.

The publisher suggests that if you enjoy Jim Butcher, China Melville and Neil Gaiman, you’ll enjoy this book. Since I haven’t read Butcher or Melville, and the only Gaiman I have read is a humorous book he co-wrote with Terry Pratchett, I can’t vouch for that recommendation.

Would I recommend the book? No. But neither would I warn people away. If you like the James Cagney style mobster stories, rife with murder and threats (veiled or otherwise), you might enjoy this book. But if you’re more into the paranormal mystery aspect of a story, there just isn’t enough of it here to make it worth the time to read.

SCORE: 3 Palm Trees out of 5 Possible

NOTE: Although I received this book free to review, that did not affect my opinion of the book. Read past reviews of books Iâ€™ve received for free and youâ€™ll know I donâ€™t hold my punches.