Podcast Episode 38: All In the Family 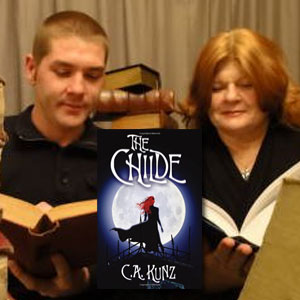 In which Carol and Adam Kunz, the mother/son team behind the new young adult dark fantasy novel The Childe, chat with The Genre Traveler about the process they went through in writing the book. Along the way we discuss writing with a parent and/or child, the fun parts of writing, bringing in parts of your life to give characters depth, loving and loving to hate characters, the challenges of writing the first novel in a series compared to the rest of the series and more.

How To Fill Up Holes: The Comic Genius of Mel Brooks
This paper was written for a college English class in 1986. I’ll soon be making it available on PDF, Kindle and The Nook. The movies I viewed for the paper were: 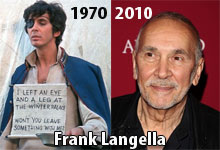 In the early part of his career, Langella was best known for playing the title role in the 1977 Broadway production of Dracula. Despite his initial misgivings about continuing to play the role, he was persuaded to star opposite Laurence Olivier in the subsequent film version directed by John Badham. Although a familiar fact to non-genre fans, Langella has played quite a few genre roles in his career, including Sphinx (1981), Sherlock Holmes (TV 1981), Masters of the Universe (1987), Star Trek: Deep Space Nine (TV series, uncredited as Minister Jaro), Brainscan (1994), Cutthroat Island (1995), Small Soldiers (1998), The Ninth Gate (1999), Jason and the Argonauts (TV 2000), 10.5: Apocalypse (TV 2006), Superman Returns (2006) and The Box (2009).

My mom is an artist and did the cover art for my upcoming book, Public Speaking Super Powers. You can see samples of her work at her website www.ddelgadofineart.com.

For more information about C.A. Kunz:

2 comments on “Podcast Episode 38: All In the Family”