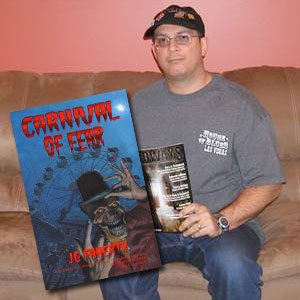 In this episode, I interview horror author J.G. Faherty. We talk about his novel Carnival of Fear, as well as how his unique and eclectic background informs his work, why carnivals and clowns are scary, transitioning from short stories to novels, self publishing an ebook, mentoring other writers, dreams as inspiration, graveyards, why horror is an under-appreciated art form, the reclassification of horror in bookstores and betrayal by genre-shifters.

For more information about J.G. Faherty:

1 comment on “Podcast Episode 18: A Life of Horror Fiction”