Haunted Baltimore – Prowling For Phantasms in Fell’s Point and Beyond

A man moves into a house on Lancaster Street, Baltimore. One day, he decides to take down the previous owner’s kitchen curtains. He takes out a wobbly stool and steps up to remove them. Suddenly, he loses his balance and begins to fall. Then, a hand presses against his back, steadying him and he doesn’t fall. No one else was in the room besides himself.

Later, he recounts the story to the woman who sold him the house. She replies, “That must be Mom. She once fell from that stool and broke her arm. She must have wanted to prevent the same thing from happening to you.” 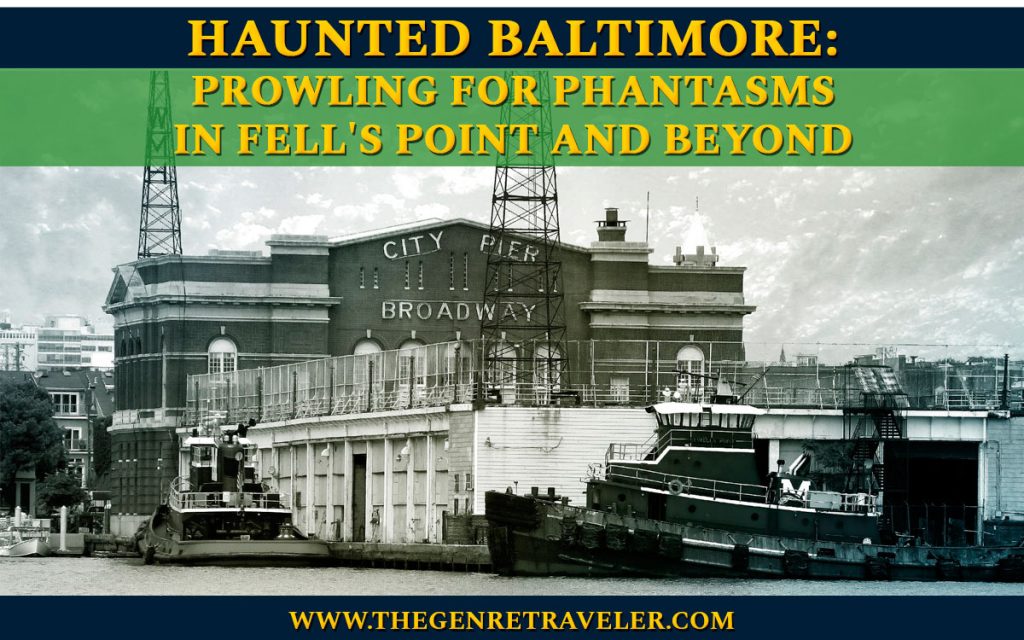 This is just one of many stories you might hear while taking a ghost tour of Fell’s Point. Fell’s Point is riddled with ghostly happenings. Not only is it one of the oldest neighborhoods of Baltimore, Md., it also has experienced a lot of death. In both 1794 and 1797, many people died of yellow fever. So many, that the bodies piled up like cordwood in what is now Fell’s Point Square, which may also be the site of their mass burial.

Establishments highlighted on such a tour have had ghostly headless chickens running around the basement, an African American spirit who likes to move an ashcan from the fireplace to the front door, and an apparition that walks down the street only to disappear in front of his grave.

“One of my favorite stories,” says Amy Lynwander, co-founder of Fell’s Point Ghost Tours (now defunct), “is at Duda’s where we [would] talk about Doc, a retired seaman” who used to live there. He had a favorite polka that he played on the jukebox often. After he died, the polka was retired from the jukebox. However, some months after Doc died, “the polka spontaneously played for a group of regulars sitting at the bar.” When they checked the jukebox, the polka was not among the selections available. “They thought it was Doc saying goodbye.”

Maryland has a lot of ghostly activity, says Beverly Litsinger, co-founder of the Maryland Ghost and Spirit Association, an organization that researches and investigates ghostly paranormal phenomena throughout Maryland, “most likely because it has a lot of history.”

For a real ghost-hunting adventure in haunted Baltimore, be sure to visit these places, as well:

Fort McHenry, which was, in part, the inspiration for Francis Scott Key’s “Star-Spangled Banner,” is said to be haunted not only by soldiers who died defending the fledgling US but also people who were detained in its dungeons at other points in the fort’s history.

This ship is said to be haunted by a young Naval officer or seaman who died in service to his country. One story also tells of a priest who was given a tour of the ship by an older man, only to find out later that no such man worked there as a guide.

The Westminster Church and Catacombs

The Westminster Church and Catacombs, which is home to Edgar Allan Poe’s grave, as well as other well-known historic figures, has a long list of spooky stories. Visitors have reported hearing hushed voices, feeling invisible hands touch them, and felt icy spots with no explanation.

According to Lynwander, October is the most popular time of the year to take a ghost tour. However, she says, “September is a good time, too. It’s the calm before the storm. It’s dark when you do the tour and the weather is usually very nice.”

For more haunted locations in the Baltimore area, check out these resources: