Do you listen to ravens… wondering if they’ll ever say “Nevermore”? Does the clicking of your clock sound just a little too much like a telltale heart? When you shop for wine, do your eyes linger over that bottle of Amontillado? Then you’re probably a genre traveler with a soft spot for the work of Edgar Allan Poe. 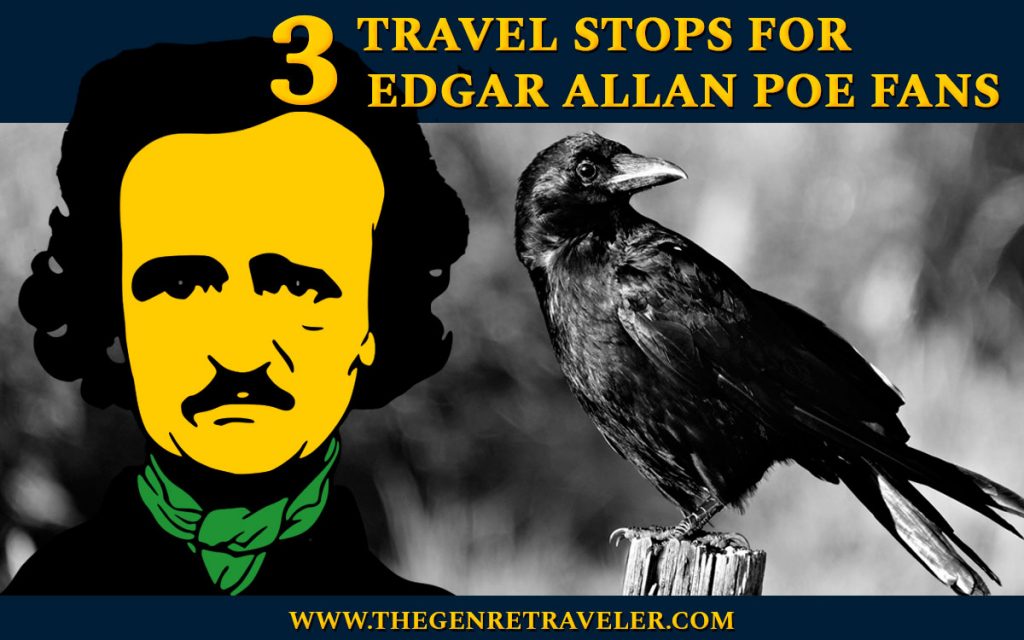 This American writer, poet, editor, and literary critic was best known for his tales of mystery and the macabre. Born in Boston, Mass., he moved to Richmond, Va. after his mother died when he but a toddler. He, himself, died in Baltimore, Md, when he was only 40 years old.

If you’ll be traveling the North East of the United States and would like to pay homage to this very talented American writer, here are a few suggested stops for your itinerary.

There is a plaque on Carver Street mounted near the place where Poe was born. The plaque mentions other Boston places you might want to see, such as the corner of Washington and State Streets, where Poe’s first book, Tamerlane and Other Poems, was published.

There are several stops in Baltimore that you can visit on your EAP tour. There is the Baltimore Poe House and Museum at 203 Amity street. The Edgar Allan Poe Society of Baltimore rescued this building from demolition in 1941. If you visit in October, you can attend the annual Halloween celebration, held at the Poe House on the weekends before and after Oct. 31. Also, the weekend nearest January 19 marks the Edgar Allan Poe Birthday Celebration, held every year at the Poe House.

Other Baltimore Poe stops might include the Sir Moses Ezekiel statue of Poe located in the plaza of the Law School of the University of Baltimore and Church Hospital, the Site of Poe’s Death.

The Poe Museum “boasts the world’s finest collection of Edgar Allen Poe’s manuscripts, letters, first editions, memorabilia, and personal belongings”… at least that’s what their website says. Poe moved to Richmond when he as about two years old. The museum, opened in 1922, is just blocks away from Poe’s first home in the area, as well as his first place of employment, the Southern Literary Messenger.