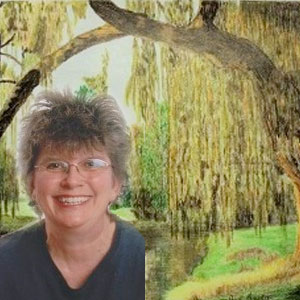 Fantasy novelist Janet Beasley joins The Genre Traveler in a conversation about her forthcoming epic fantasy novel Maycly. Along the way they discuss the ins and outs of writing an epic fantasy, from creating creatures, to developing the map, to telling the story from multiple points of view.

Thomas Covenant is a bitter, cynical writer afflicted with leprosy and shunned by society. But he is magically transported to The Land where he is destined to be the heroic savior, battling against the evil Lord Foul. He is a reluctant and flawed hero (he rapes one character), but still ends up fulfilling his destiny.

The Bird of Truth

This Spanish fairy tale was collected in Cecilia Böhl de Faber’s Cuentos de encantamiento and later included in The Orange Fairy Book, where I came across it. Twin babies, a boy and a girl, are found by a fisherman floating in a crystal cradle, and raised as his own. However, because is natural children taunt them, they spend most of their time on their own. They learn to speak the language of the birds, which becomes an asset when they go on a quest to find the Bird of Truth so they can be accepted by their true parents, the King and Queen.

For more information about Janet Beasley: