From the opening lines of Immortal Beloved — “Last night, my whole world came tumbling down. Now I’m running scared.” — you are drawn into a fantastical world of dark and light immortals. The protagonist, Nastasya, although immortal and hundreds of years old, still sees the world through a youth’s eyes. This the beginning of her redemption story. 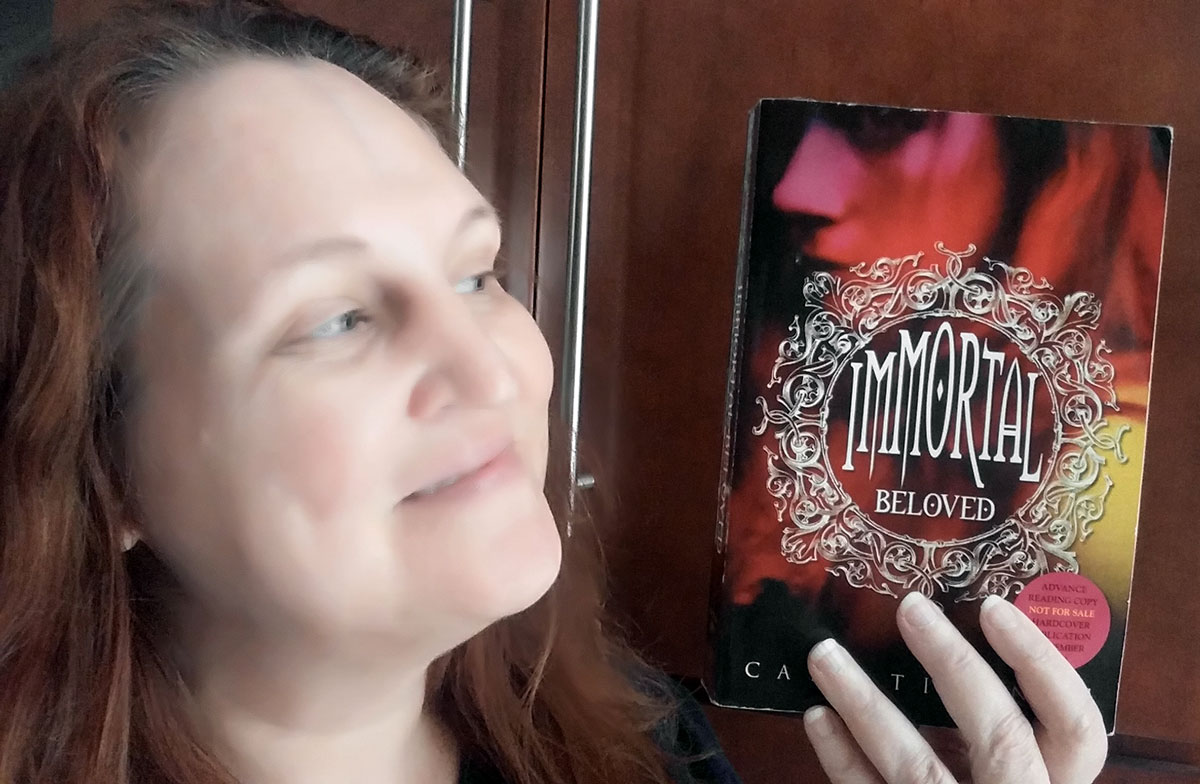 The immortal Nastasya has spent the last 100 years living as a spoiled party girl, numbing herself against her painful past. However, when she witnesses her best friend, a dark immortal, torture a human, she realizes things need to change. She flee’s her “friends” and finds refuge at River’s Edge, a rehab retreat for wayward immortals. There she starts to pull the pieces of her life together and feel safe. She also meets Reyn, a Viking god, who she feels is tied to her past — and is undeniably attracted to. This is the first in a fantasy trilogy by Cate Tiernan.

The book is easy to read and the characters are interesting. The way the world of the immortals unfolds through dialogue, rather than exposition, makes it much more interesting and somewhat suspenseful, since you only get small bits at a time.

I also enjoyed genesis story of immortals, which would be a spoiler if I should share it.

I was in my forties when I read this book, which is clearly written for a younger audience. Sometimes that works just fine (such as with Doctor Who: The American Adventures and The Thin Executioner, which I enjoyed), but this time often pushed me out of the book. There is a strong teen angst feel to this book that I just didn’t connect with.

Immortal Beloved was an entertaining read that I think young adults into paranormal romance would enjoy.

Score for Immortal Beloved: 3 Palm Trees out of 5 Possible