Well-Traveled SF Author Dies at the Age of 61 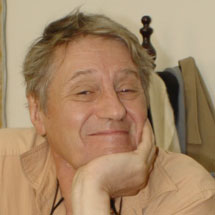 Scottish author, Richard Gordon died Feb. 7 of a heart attack after collapsing at the Lianhua Road Subway Station in Shanghai, China. And, although I’m not familiar with his work, doing a bit of research to write this story, I came up with some very interesting things.

According to SFScope.com, Gordon mostly wrote under the pseudonyms Alex R. Stuart and Stuart Gordon, “because “Richard Gordon” was the pseudonym used by English surgeon Gordon Ostlere, who was born in 1921″. This little fact, made it a little difficult to find out what Gordon did write.

According to Locus, his first sf novel was Time Story (by Stuart Gordon). Now, don’t get this confused with the Stuart Gordon of the horror movies Dagon and The Re-Animator. Different guy.

Gordon’s first novels focused on bikers, but, according to an article in The Northern Scot, he was not proud of these works. 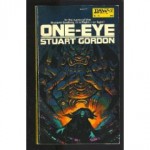 His work also includes fantasy and non-fiction, including The Encyclopedia of Myths and Legends (1993).

Originally from Scotland, Gordon traveled much. He lived in Wales, England, Poland and, most recently, China. For more information about his travels, check out “An Intellectual Traveler” at The Northern Scot.