Travel Trends and the Genre Traveler 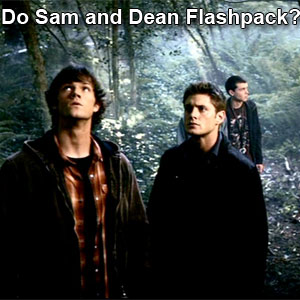 I just heard about three hot micro travel trends and thought I’d share with you how they might be interpreted through genre-coloured glasses.

This is backpacking with an electronic twist. Flashpackers travel on the cheap with all the electronic gadgets they use in their daily lives and traditional vacations, such as digital cameras, iPods, iPads and laptops. They skimp on accommodations so they can spend more money on activities that, of course, allow them full use of those tagalong electronic comforts.

This morning I watched the second episode of Supernatural, “Wendigo,” which featured Sam and Dean out on Blackwater Ridge, Colorado, (which doesn’t exist, by the way) hunting a cannibalistic creature from Algonquian legend. The perfect setting for flashpacking!

There are plenty of National parks that are good places to hike that were also used as backdrops to science fiction, fantasy and horror films and television shows. Including:

With less disposable income for travel, many people are traveling for work and then adding on a little extra time for pleasure. So, why not check out the genre sites the next time you have to lug yourself to a business conference.

If your conference is in Seattle, Wash., you can take in the Science Fiction Museum.

If your conference is in Los Angeles, you can spend the day at Disneyland or Universal Studios, Hollywood.

Where ever there is a conference center that business people schlep to, I assure you that there is going to be something of interest for a genre traveler, be it a filming location, themed attraction or even just a cool movie at the local theater. So, when you’re packing for business travel, be sure to take along your genre-colored glasses.

This is camping for the prissy … glamor camping. Or you can look at it as a less expensive version of luxury travel.

You could gussy up one of the locations you might flashpack to, or maybe just stay in a lodge near one of these locations.

You’ll get to breath the fresh air and have your jacuzzi too!