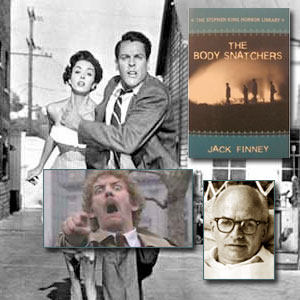 I recently read Jack Finney’s novel, The Body Snatchers and was hit by the idea of a “Body Snatchers Tour of Northern California.” You see, the novel (at least the 1978 version I read — part of The Stephen King Horror Library) was set in Mill Valley, a town in Marin County just north of San Francisco. The 1956 movie is set in Santa Mira, Calif. (which I haven’t been able to confirm if it is real or not), which is also in Marin County. And, the 1978 film, starring Donald Sutherland, is set in San Francisco.

When Finney wrote The Body Snatchers, Mill Valley was an out-of-the way town, but today it is much more accessible. Interesting places to see include:

If you wanted to take your tour to Southern California, you very well could. The 1958 film was shot in a variety of locations around Los Angeles.

The 2007 movie update, starring Nicole Kidman and Daniel Craig, moved the location to the East coast, setting it in the Washington, D.C. area. Locations used include spots in Washington, DC; Baltimore, Md., and Los Angeles, Calif.