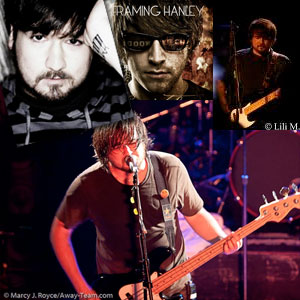 In Episode 11, the bass guitarist of Framing Hanley, Luke McDuffee, and I shoot the breeze about our experiences with science fiction fandom. Our conversation meanders over such topics as:

You can listen to a snippet here: www.youtube.com/watch?v=b2c80j57mo4

The Foundation Trilogy started off as a series of eight short stories published in Astounding Magazine between May 1942 and January 1950. The first novel, Foundation, was a collection of the first four stories along with a new story that took place before the original eight. It was published by Gnome Press in 1951. The next two stories were published in 1952 as Foundation and Empire and the final two in 1953 as Second Foundation. The fourth novel in the series, Foundation’s Edge wasn’t published until 1982, when Asimov was persuaded to write a sequel to the trilogy. Additional novels in the series followed afterward.

The Robot novels started out separately, and again were evolved out of short stories. The novels were a series of mysteries featuring the human detective Elijah Baley and his humaniform robot partner R. Daneel Olivaw. The series included:

In Ursula Le Guin’s The Left Hand of Darkness, and other stories that dealt with the people of Gethen, the Gethenians are androgynes (sexually latent and genderless) for 26 days of each lunar cycle. The remaining two days are spent in kemmer (the term I couldn’t remember), where the individual becomes either male or female. Which gender they become can change each cycle. Note: in the podcast I mention that Gethenians go into kemmer very few years … I stand corrected.

For more information about Luke McDuffee:

You Stupid Girl by Framing Hanley