Nothing transports you to another world quite like a movie. I just saw Avatar last week and was blown away by how real Pandora felt. And, because I saw the film in a movie theater (imagine that!), I also got to see a bunch of trailers for upcoming films. I must say that this summer looks like a lot of fun for genre fans. Therefore, this week I thought I’d preview some. Today, I’ll start with this month (I know it’s almost over … get over it). 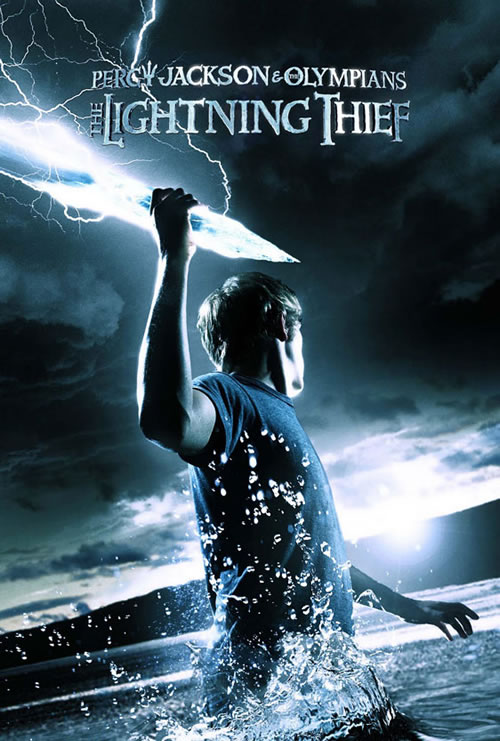 What would happen if you found out your dad was a Greek god? But not only that … the Gods of Olympus believe you are the perpetrator of a crime you didn’t even know could be committed?

This movie, currently playing in theaters, is based on the first in a series of young adult novels about young demigods (half-human, half-god) living in today’s world. The lead is played by Logan Lerman, whose previous credits include playing the younger version of the leads in such films as The Butterfly Effect (starring Ashton Kucher) and What Women Want (starring Mel Gibson). His friends are portrayed by Brandon T. Jackson (The Day the Earth Stood Still, Tooth Fairy), Alexandra Daddario and Jake Abel (“Threshold,” “Supernatural,” The Lovely Bones).

This film also has Pierce Brosnan in it … with an amazing amount of facial hair, I might add. So, that makes it worth watching (not just eye candy, Brosnan is a fine actor, and a very nice man … I met him once.) Also of note in the film are Sean Bean (who played opposite Brosnan in Goldeneye, and played Boromir in The Lord of the Rings films), Kevin McKidd (the lead in the short-lived, but cool TV show, “Journey Man”), Joe Pantoliano (The Goonies, Amazon Women on the Moon, The Matrix) and Uma Thurman (The Adventures of Baron Munchausen, Batman and Robin, Gattaca, Paycheck).

The trailers look awesome and, given that I’m quite a fan of Greek mythology, I totally want to see this film! 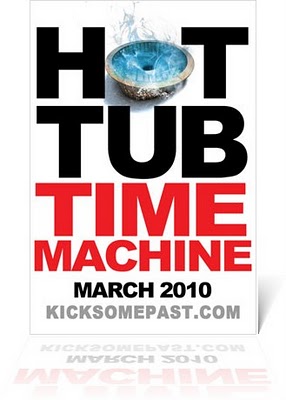 What would happen if you got in a hot tub today and got out back in the 1980s? Yep, that’s the stupid premise of this film, and the trailer doesn’t make it look any better.

That said, I do like John Cusack who is the lead in this film. (Our birthdays are less than month apart, so I’ve always felt a strange connection. I know its weird. I guess I’m just preoccupied by my birthday.) Also, his romantic comedies, such as Say Anything and Sixteen Candles, were very entertaining. And, he’s no stranger to genre film, having been in such titles as Being John Malkovich, which was awesome, 1408, Martian Child, Igor and 2012. 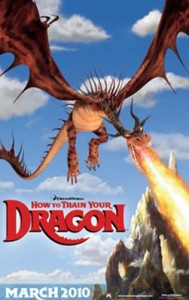 How To Train Your Dragon

I collect dragons, so you better believe this animated film is on my list of those I want to see. Besides, my favorite late night douche bag (his term, not mine), Craig Ferguson, is one of the voice actors, so how could I not want to see it?

The lead is voiced by Jay Baruchel who also stars in The Sorcerer’s Apprentice, which is due out in July. His most notable role in a genre film was as Windows in the comedy, Fanboys.

Other notable voices featured in this film include Gerard Butler (Dracula 2000, Reign of Fire, Timeline, Beowulf & Grendel … he also played a very chiseled King Leonidas in 300) and Jonah Hill (Click, Evan Almighty, Horton Hears a Who!, Night at the Museum: Battle of the Smithsonian). 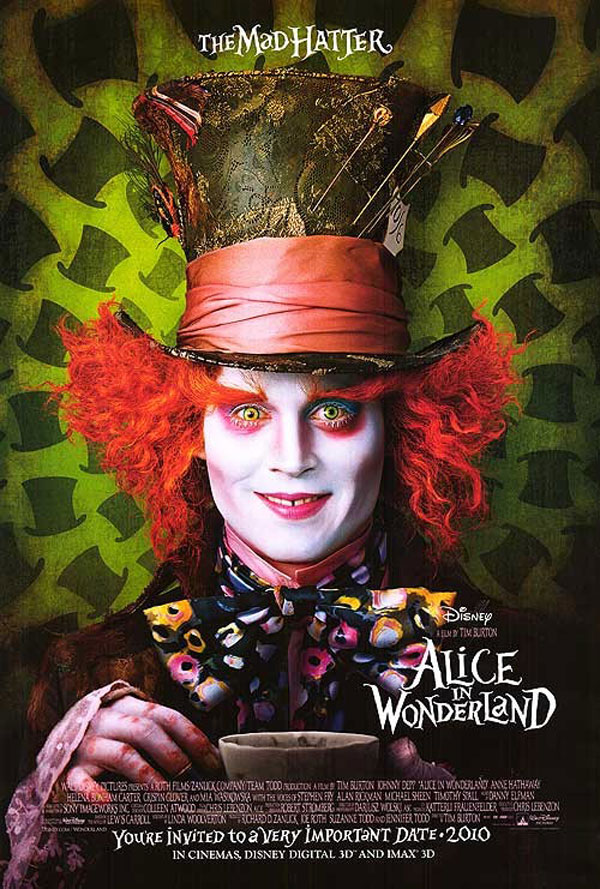 This is Tim Burton‘s imagining of the Lewis Carroll classic story of a girl lost in an amazingly confusing fantasy world. I’m a big fan of both Burton’s films and Johnny Depp, who plays the Mad Hatter, so I’m looking forward to seeing this film eventually.

This film also features Helena Bonham Carter as the Red Queen. Carter has worked with both Burton and Depp before on Sweeney Todd: The Demon Barber of Fleet Street and Charlie and the Chocolate Factory, as well as other Burton films (Corpse Bride, Planet of the Apes) … all of which, you might have noticed, are genre films.

Other genre stars in this film include Mia Wasikowska as Alice (Rogue), Anne Hathaway as the White Queen (Ella Enchanted), Crispin Glover (Friday the 13th: The Final Chapter, Back to the Future, Willard, Incident at Loch Ness, The Wizard of Gore, Beowulf), Michael Sheen as the White Rabbit (Mary Reilly, Underworld, Timeline, Underworld: Evolution, New Moon), and Alan Rickman (Galaxy Quest, the Harry Potter films, the voice of Marvin in The Hitchhiker’s Guide to the Galaxy, Sweeney Todd: The Demon Barber of Fleet Street). 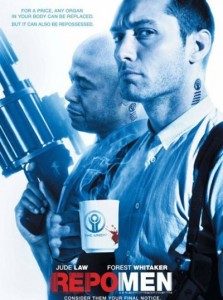 Set in a world where artificial organs are readily available for purchase … and can be repossessed if you fail to make your payments, a repo man, played by Jude Law, gets a new heart and then is forced to go on the run when he falls on his own hard financial times.

Law’s been in a number of genre films, including Gattaca, Artificial Intelligence: AI (where he was awesome as Gigolo Joe), Sky Captain and the World of Tomorrow, Lemony Snicket’s A Series of Unfortunate Events and The Imaginarium of Doctor Parnassus.

Another notable genre face in this film is Forest Whitaker, who hosted the reincarnation of The Twilight Zone, was in 1993’s re-make of Body Snatchers, and showed up in Species, Phenomenon and Battlefield Earth: A Saga of the Year 3000.

Other faces genre fans might recognize include Alice Braga (I Am Legend, Blindness) and Liev Schreiber (the Scream films, Phantoms, Sphere, The Omen, X-Men Origins: Wolverine).