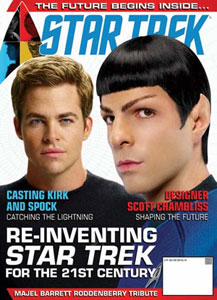 I just got this in my email box and wanted to get it out to you pronto:

The soon to be sold out gold tickets entitles holders to a host of sensational perks, including complimentary in-person autographs with guests and exclusive access to the Saturday night gala party.

NOTE: Curzon Dax was first played by Frank Owen Smith in “Emissary”. Rene Auberjonois played him in the later episode of ST:DS9, “Facets”.