After the success of the stage version of his 1968 movie The Producers, Mel Brooks hopes to strike gold again by adapting his 1974 film Young Frankenstein for the musical theatre. What the hey? It already had one musical number — the monster performing “Puttin’ on the Ritz” — why not more?

“Whether it comes out or not, I don’t know,” says Brooks, “but we’re having fun working on it. I have six or seven songs written for it.”

Brooks is working with The Producers choreographer and director Susan Stroman, and plans to make a formal announcement to raise money once the script, lyrics and score are complete.

“Mel has written 10 new songs, and they’re very funny,” Stroman said. “It’s a year and a half away from opening on Broadway.” 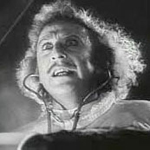 In the movie, Gene Wilder played the grandson of the original Dr. Frankenstein, and there are rumors that, just as Matthew Broderick stepped into Wilder’s role in The Producers, he may do it again for Young Frankenstein. When asked his opinion, Broderick was quoted as saying, “That would be wonderful.” 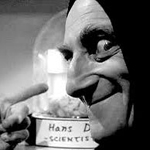 Roger Bart, who plays Carmen Ghia in The Producers, is said to have his eye on playing Igor, originally — and wonderfully — played by Marty Feldman. “My posture’s already bad, so I’m perfect for it.”

Brooks feels that Young Frankenstein, in which he lovingly spoofed the 1930s Frankenstein films of director James Whale, is the best movie he ever made. It was nominated for two Oscars (Best Sound and Best Adapted Screenplay), two Golden Globes (Best Motion Picture Actress – Musical/Comedy for Cloris Leachman and Best Supporting Actress – Motion Picture for Madeline Kahn), and one WGA Award (Best Comedy Adapted from Another Medium). It won Golden Scrolls for Best Director (Mel Brooks), Best Horror Film, Best Make-Up (William Tuttle), Best Set Decoration (Robert De Vestel and Dale Hennesy), and Best Supporting Actor (Marty Feldman); as well as a Hugo and a Nebula and a Golden Screen. 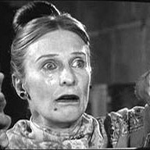 Since this is one of his favorite works, Brooks is excited about the project. “It is going to be wonderful,” Brooks said in a telephone interview with Reuters, and then burst into a German-accented version of his Frau Blucher (originally played by Cloris Leachman) song: