Travel Reads: “The Mythology of Supernatural” by Nathan Robert Brown

Nathan Robert Brown’s book, The Mythology of Supernatural: The Signs and Symbols Behind the Popular TV Show explores the religious and folkloric roots that most likely inspired the creatures and villains of the hit CW television show. 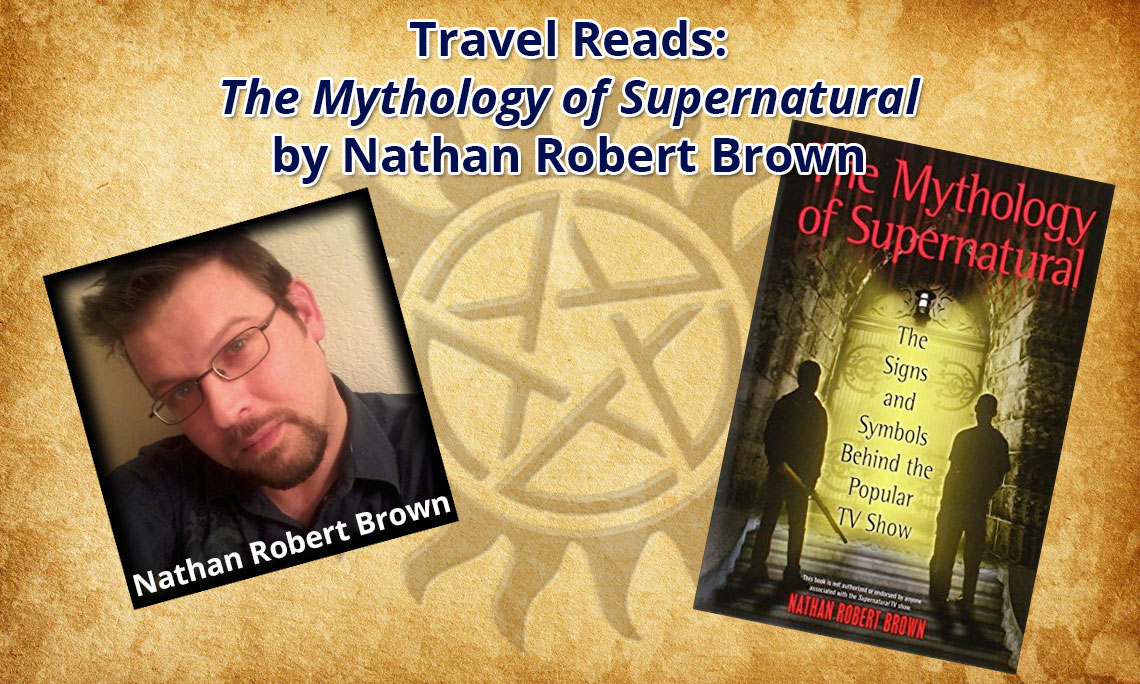 Title: The Mythology of Supernatural: The Signs and Symbols Behind the Popular TV Show
Author: Nathan Robert Brown
Paperback: 288 pages
Publisher: Berkley
ISBN-10: 0425241378
ISBN-13: 978-0425241370
This book in available on Amazon in paperback and Kindle formats.

Summary of The Mythology of Supernatural

In 2005, the CW debuted a paranormal series that followed the adventures of Sam and Dean Winchester, two brothers who travel the country battling the forces of evil. The popular show pulls from diverse world-wide paranormal myths, beliefs and legends, sometimes altering them to suit its own internal mythos.

Using Supernatural as a framework, Brown’s book provides a primer on demonology, angels and the tools used to summon and vanquish them.

Although written for the fans of Supernatural, much of the information in the book would be of interest to those who are interested in the history of mythological stories and folkloric legends in general. Yes, I’ve seen every episode through season six (thanks to reruns), but I still found myself pulled into the information about ancient beliefs, folkloric legends and the like.

In fact, I found the chapter that delved into the origins of Lilith, the most interesting and engaging. Apparently, Lilith most likely had roots in an ancient Mesopotamian goddess and, over time, was absorbed and modified by religions her followers came into contact with, finally ending up a part of the Judeo-Christian lore. In fact, she might be related to the Indian goddess Kali!

Most of the book is concerned with the genesis of creatures and tools used in the most recent season or two at the time of publication when angelic forces joined the mix. I would have liked to learn more about the creatures that the Winchesters encountered earlier in the series run, many of which I had never heard of until I started watching the show.

Brown’s easygoing narrative style makes the sometimes-complex twists, turns, and relationships of myths and legends accessible. Since this book is not authorized or endorsed by anyone associated with Supernatural, much of what Brown surmises is speculative. That said, his research is sound and reads like it is probably right on the mark.

Keep in mind that although the book was released after season six, it was obviously written before then, and so is a little out of date. However, since the book is not a guide to the series, but more a guide to the concepts behind the series, The Mythology of Supernatural remains an intelligent, interesting and entertaining read. Bravo Nathan! Another book of yours that I’ve enjoyed reading.

Score for The Mythology of Supernatural:
4 Palm Trees out of 5 Possible