Travel Reads: “Those Across the River” by Christopher Buehlman

Those Across the River is a well-written literary horror novel in the Southern Gothic tradition. But, if you’re looking for something to keep you up at night, this probably isn’t it. However, that shouldn’t stop you from reading it. 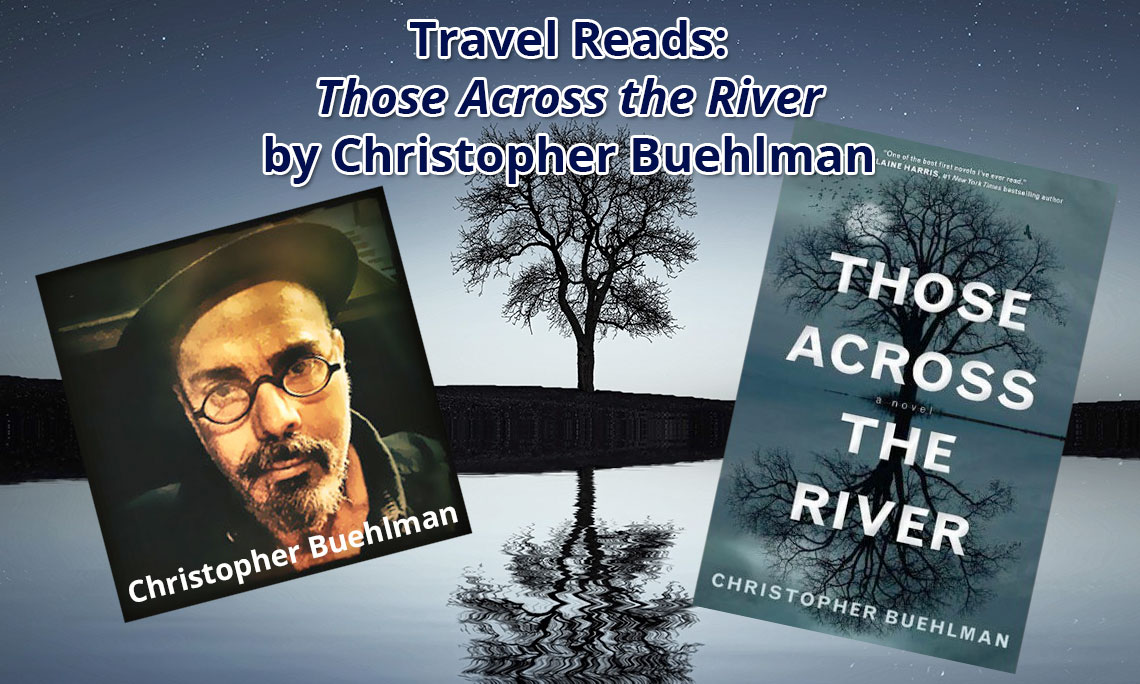 Summary of Those Across the River

The Great Depression is winding down when Frank Nichols’s aunt dies, leaving him a cheery yellow house in Georgia. But she also leaves him a letter warning him to sell the house and stay away. But since he and his “wife” Eudora are recovering from a scandalous affair that has left Frank unemployable, they decide to move there anyway.

Across the river from their new home in Whitbrow lies the old Savoyard plantation where Frank’s great-grandfather refused to free his slaves when the Civil War ended. Frank decides to write a book about his ancestor, but has no idea what dark secrets are really hiding there.

What starts out as a quaint back-woods tradition of dressing pigs up in flowers and setting them free across the river turns out to be the one thing that has been keeping Whitbrow safe. But when the town votes to stop the monthly tradition, terrible things begin to happen.

Terrible things that are tied to Frank’s family.

Those Across the River is a well-written literary horror novel in the Southern Gothic tradition. It flows well, gently building one layer of characterization and ambiance upon the other, developing the tension of the unknown bit by bit. The characters are fleshed out and truly felt like real people, dealing with the real issues that plagued those who lived in the Deep South after the Depression.

The prose was divinely crafted and strikingly quotable. The prose drew me in and made me want to sit back on a porch swing while sipping a ice-cold lemonade or mint julep, letting the balmy summer breeze brush against my hair. It was apparent that Buehlman brought his award-winning poetic background to the table when creating the rhythm and meter of the story.

First, a little bit about me and horror: I scare easily. I get nightmares way to often and have to really be careful of which horror films I see and what time of day I watch them. I’ve even been known to keep horror books outside of my bedroom just so I can get to sleep!

Alas, Those Across the River didn’t even raise a goosebump. The reveal of what supernatural creatures were menacing the people of Whitbrow was both sudden and subtle, creating a tiny moment of tension based on doubt. But it was also anti-climactic. I would tell you what they were, but the way the book is written, it would be a terrible spoiler.

For me, the horror was too subdued. I expect horror novels to scare me, to leave me feeling uncomfortable … maybe even make me keep the lights on. But the chill factor in this novel always seemed like it was at arm’s length. Heck, you don’t even get to the scary bits until about three-quarters into the story.

Those Across the River is the debut novel of award-winning poet Christopher Buehlman. It is a very well-crafted novel that was a pleasure to read. But, if you’re looking for something to keep you up at night, this probably isn’t it. However that shouldn’t stop you from reading it.

Score for Those Across the River: 3 Palm Trees out of 5 Possible