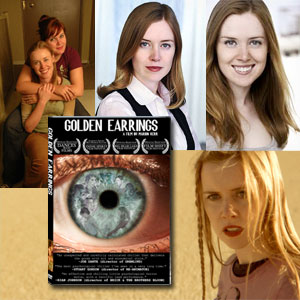 How does someone fall into directing? That’s one of the many things The Genre Traveler chats about with writer, actor and director Marion Kerr. Her feature film directorial debut, Golden Earrings, has screened in festivals across the U.S. and won Best Horror Feature at the Indie Spirit Film Festival. Topics covered in this podcast include the film’s story line, how a Hitchcockian thriller can win a horror award, the role of perceived reality in thrillers, directing yourself in a film, fun horror, films that really freak you out and allowing time to care about characters before you do something horrible to them.

For more about Marion Kerr: