Travel Reads: Guardian of the Dead

Karen Healey’s debut novel Guardian of the Dead works as a Travel Read on two levels: Not only is it an entertaining read, but it also transports you to two worlds … a campus town in New Zealand and the fairy world of Maori.

When I first started to read Guardian of the Dead, I experienced a sense of deja vu. The main character, Ellie Spencer, is a high school student in love with a mysterious fellow student who seems to have magical powers and is avoiding her.

But Guardian of the Dead diverged from there and went to an entirely more interesting place.

Now, if you grew up on Maori lore, this book may not feel new or exotic to you. But my only experience with Maori culture was through taking Polynesian dance about 20 years ago. So this book introduced me to a mythology I was completely unaware of … a mythology that sucked me in and kept me turning the pages.

This novel is set at a boarding school in Christchurch, New Zealand. Ellie is going to school there while her parents are globe trotting … a long deserved vacation after her mother survived cancer the previous year. Her best friend is Kevin, a very handsome young man who is asexual. And, as it turns out, both of them are much more special than they ever would have thought.

I’m not going to spoil the story for you … you really should read this book. Although it is a young adult novel, I truly believe that adults … even those without an active inner child like mine … will find great pleasure in tagging along with Ellie as she discovers her true nature, faces some of the most terrifying creatures Maori lore can throw at her and comes into her own power.

This is a coming of age story as much as it is an epic fantasy adventure. The book has romance, terror, unrequited love transformed, an epic battle centuries in the making and a cast of ambiguous villains who are not all that they seem to be. 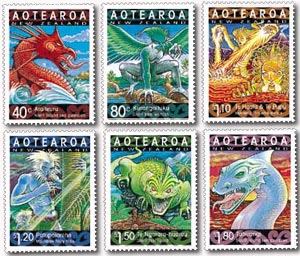 The mysterious boy Ellie has a crush on? He’s half human. And his mother has her eye on a new man to seduce because her son has greatly disappointed her. But is the mother the villain of the story? Yes and no. You’ll have to read the book to find out. There you’ll meet a suite of people with magical powers, fairy folk bent on the destruction of the island, scary looking creatures that are actually nice, and the fabled Guardian of the Dead.

I found myself drawn into the story and finished the book in about a week … which is really fast for me, given that I’m a slow reader and don’t have much time to read! But this book was so compelling, I made time to read it … while waiting for my husband to finish pumping gas at the station, when what I was cooking for dinner needed to sit a while before I turned it over, and even staying up late a few nights just trying to get to that next good stopping point.

What Worked for Me:
Guardian of the Dead felt fresh and new, and although it sometimes looked like it was going to head into a standard fantasy formula, it never really did. In fact, this book kind of reminds me of The White Hart by Nancy Springer, without the sense of being forced to leave tropes behind that that novel left me with.

What Didn’t Work for Me:
There were a few loose ends that were never tied. Does this mean there will be a sequel? Yeah … I know this is a lame “what didn’t work” … but I enjoyed the book so much, I’m having a hard time coming up with something to write here. O.K.? To be honest, this book left me hungry for more from this author … and to learn more about Maori culture. (Which, of course I’ll do in my copious spare time!)

Would I Recommend the Book?
In case you haven’t figured it out already … yes. I would and do totally recommend this book.

I have to admit that I feel really fortunate and honored that I’m starting to receive some pretty darn good books to review. And I’m glad that I’ve had the opportunity to read these books I may not have even noticed otherwise and share them with you.

SCORE: 5 out of 5 Palm Trees Possible

NOTE: Although I received this book free to review, that did not affect my opinion of the book. Read past reviews of books IÃ¢â‚¬â„¢ve received for free and youÃ¢â‚¬â„¢ll know I donÃ¢â‚¬â„¢t hold my punches.