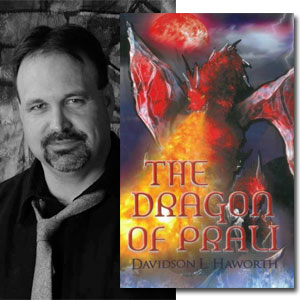 First, I want to apologize that this podcast is a day late. I got some very sad and upsetting news this weekend and it threw off my whole schedule.

In this episode, I chat with author Davidson L. Haworth, who, like me, traveled overseas as a child. In this podcast, he talks about his travels to England, writing plays for elementary school assemblies, getting back to the traditional stories of good vs. evil, how J.R.R. Tolkien and C.S. Lewis inspire his work, vampires, the heros and villains of The Prali Trilogy, the role Cardiff Castle in Wales helped break writer’s block, babushkas, Russian culture, and traveling in general.