Podcast Episode 29: Jeremy/Angela — Who Is S/He? 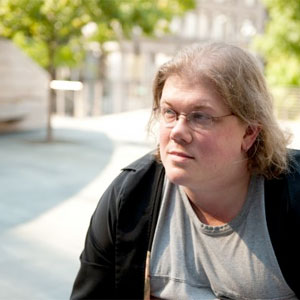 This week I chat with Jeremy Zimmerman a former game writer and current short story writer. We chat about writing for interactive role playing games, the politics of a hell mouth, The Wily Writers, gender biases for authors, writing under a pseudonym, writing under the guise of another gender, so many books … not enough time, zombie erotica, reviewing self-published works, The Red Hand Society, episodic novellas and more.

V.C. Andrews
The original V.C. Andrews died on Dec. 19, 1986. Her best selling series of Gothic horror started with Flowers in the Attic, published in 1979. It was a tale of four children locked in an attic of a wealthy Virginia family. The first ghostwriter to continue her books after her death was Andrew Neiderman, who was hired by her estate.

Dr. Seuss
Two of Dr. Seuss’ books are “Oh, the Thinks You Can Think” and “Oh, the Places You’ll Go!” which I paraphrased as, “Oh the things you can see.”

Red Right Hand
This 1994 song was a single from Nick Cave and the Bad Seeds. The liner notes for Murder Ballads say that “red right hand” is a phrase from John Milton’s Paradise Lost which refers to the vengeful hand of God. I’m familiar with the song because it was on Songs in the Key of X. According to the liner notes of that compilation from The X-Files, Chris Carter (that man behind The X-Files), “Red Right Hand” inspired the anthology. In addition to The X-Files television series, Versions of the song have appeared in several genre films, including Cirque Du Freak: The Vampire’s Assistant, the first three films of the now Scream tetralogy (who knows, it might appear in Scream 4, too!) and Hellboy.

For more information about Jeremy Zimmerman: