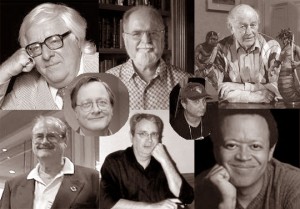 Would you believe that on October 27, 1934, a small group of fans of the emerging new genre of science fiction.

“All fans throughout Los Angeles and beyond are invited,” said Christian McGuire, LASFS President. “We are continuing this great tradition and share with all fans the joy and wonder of science fiction and fantasy that has captivated Hollywood films for decades.”

A few years back, LASFS hosted WorldCon … that’s when I went and it was awesome! You can see pictures in the photo gallery here.

For more information on the convention and how to get tickets, go to www.loscon.org.