Every year, horror film fans everywhere (but especially in North America), look forward to Rue Morgue‘s annual Festival of Fear. This year is especially noteworthy because the guest of honor will be Bruce Campbell, star of Sam Raimi’s Evil Dead series of films. Also in attendance will be: 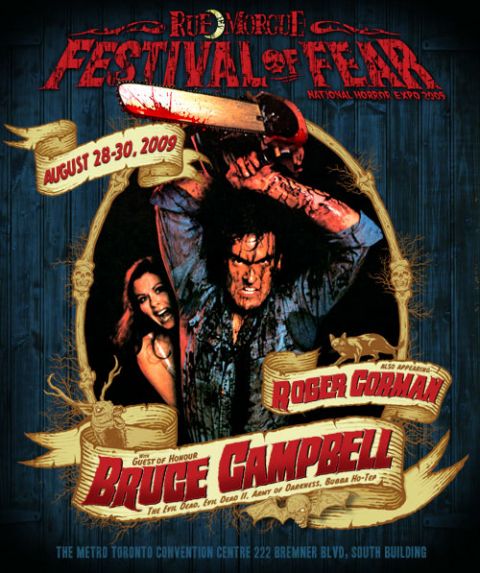